Can I Deduct Job Related Moving Expenses From My Taxes?

Can I Deduct Job Related Moving Expenses From My Taxes?

With the turbulent times we are living in, many people’s lives are changing in a drastic way. For a lot of people that means changing jobs, and quite possibly moving to a new city or even state! If you’ve ever moved before, you know that regardless of whether you’re moving around the block or across the country, moving can be both expensive and time consuming. Moving during times like this is forcing many people to scrounge for every penny they can dig up. Which is leading them to beg the question, “Can I deduct job related moving expenses from my taxes?”

In short, yes, you can. However, the IRS has become incredibly stringent as to who can deduct moving expenses from their taxes. There is a very specific set of criteria that needs to be met, before you start deducting those moving expenses.

You Must be in the Armed Forces

It Must be a Permanent Change of Station

In order for your move to qualify for tax deduction, it must be a permanent change of station. Permanent changes of station include the following, as per the IRS website: 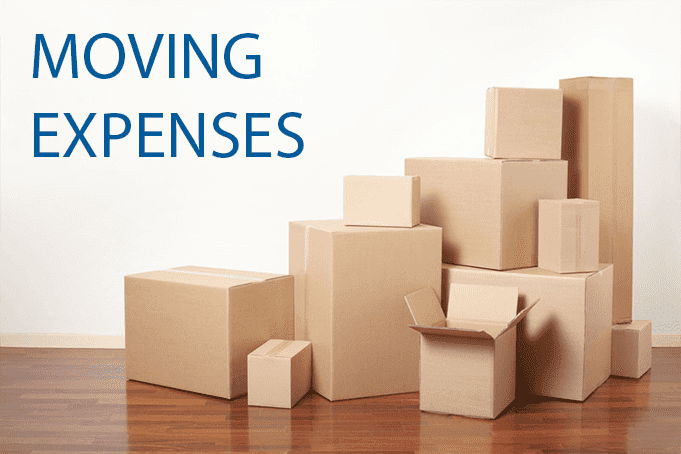 What Moving Expenses Can I Deduct?

If you meet the above criteria, then congratulations! You are eligible to write off some of your job related moving expenses. When it comes down to brass tacks, there actually are quite a few things that you can write off. You can write off travel expenses, including lodging (not meals) if you stay at a hotel, and vehicle mileage. (Beware: if you are making your move into some sort of vacation/trip, you cannot write off these moving expenses.) If you’re going with a moving company, you can also write off the cost of packing, crating, and transporting the contents of your old house to your new house!

At the end of the day, the IRS has really helped out our men and women in the military in terms of moving expenses, however the general population has gotten the short end of the stick. The pool of people eligible to deduct moving expenses used to be much larger, but was significantly cut down starting in the 2018 tax year, as previously mentioned. These changes won’t last forever though. As of right now, these laws are only in effect until the 2025 tax year, so we can only hope they change in the future!